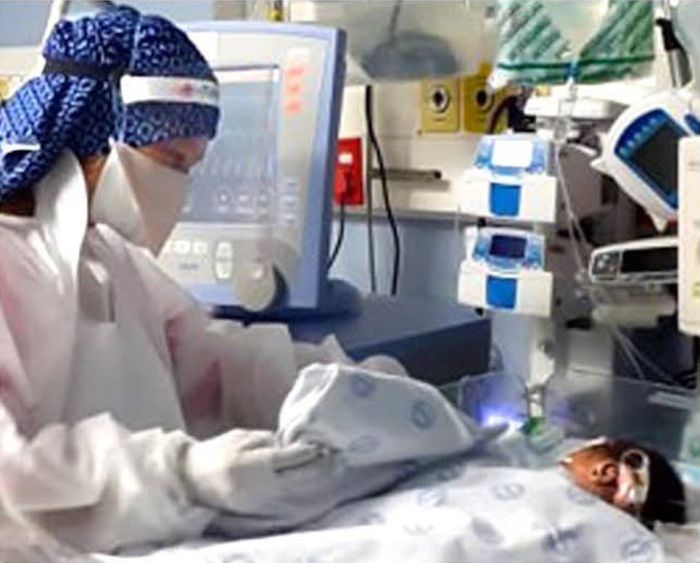 The Tygerberg Children’s Hospital is in desperate need of an ultrafine neonatal scope for premature babies as well as a cryoprobe, which will be used to improve the diagnostic abilities, not only for tuberculosis but also for malignancy, which is often diagnosed late.

The Tygerberg Children’s Hospital, which adjoins the Tygerberg Adult Hosiptal, is situated in Bellvielle, Cape Town, an area where Tuberculosis (TB) is rife. The Tygerberg Hospital is a Government Hosiptal and a Teaching Hospital attached to the Stellenbosch University Medical School Faculty of Medicine and Health Siences.

20 years ago, The Rotary Club of Blouberg adopted Ward G9, the TB & Neurological Ward, as part of their Rotary Centennial celebration and has since then donated several pieces of medical equipment, and other items. Members of the Rotary Club regularly visit the hospital with bags of soft toys, which are given to each child to take home as their own.

Prof. Pierre Goussard, Head of Clinical Units: Paediatric Pulmonology and Paediatric Inensive Care, is a world renowned Pulmonologist, who is often invited to present at seminars around the world. He cares for all the sick children and always goes the extra mile to save a life.

Prof. Goussard and his team at the Paediatric Department teach many doctors from other African countries who are then able to assist their communities on their return home. Children from these neigbouring countries are often brought to the Tygerberg Children’s Hospital to receive specialized medical care.

In January 2020, the Rotary Club of Blouberg donated a Sonar Bronchoscope to the Tygerberg Children's Hospital. This was possible through the financial help of 30 Rotary Clubs from around the world as part of a Rotary International Global Grant. This equipment was also used during the Covidl9 pandemic the past 18 months, as Tygerberg Hospital is one of the main Covidl9 approved hospitals in the Western Cape.

The Children's Hospital admits approximately 45,000 new-born babies and children per annum, of which 6,500 require highly specialised paediatric care in pulmonology, cardiology, neurology and oncology. More than 1,500 children with complicated lung disease, who need surgery, are admitted annually and a further 2,000 children are outpatients. The Children's Hospital does more than 500 scopes per year - 25% of those on very small premature babies. Another 50 procedures will be done on narrow airway blockages in bigger children. The hospital is in desperate need of an Ultrafine Neonatal Scope for premature babies as well as a Cryoprobe, which will be used to improve the diagnostic abilities, not only for tuberculosis but also for malignancy, which is often diagnosed late. The late diagnosis of cancer in children is a significant problem that leads to a poor outcome or even death. To remedy this, they need a new, smaller EBUS bronchoscope. With this, the doctors will be able to use ultrasound to determine the position of the malignancy, so that they are then able to do a biopsy. To be able to work on the airways of babies less than 2kg (41/2 Ibs), an ultrafine neonatal bronchoscope of 2.2mm in diameter is needed. The Cryoprobe is a new invention which will be used daily to remove difficult or long-lasting foreign bodies. This method will freeze the foreign body or the malignant tissue onto the probe, so that it can then easily be removed. The A. Cryoprobe will also be used to manage air-way obstruction caused by tuberculosis. We request your help in order to save the lives of our most vulnerable children. 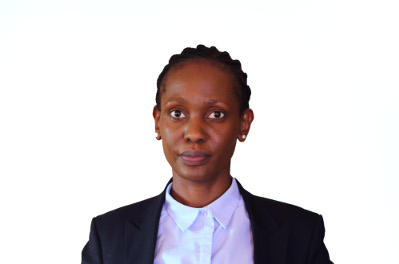 The objective of this project is to allow Weludo Ngwisanyi to continue her medical studies for a post-graduate degree in General Surgery at the University of the Witwatersrand, South Africa.

Upon completion of her degree, Weludo will return to Botswana to continue her career as a surgeon which there is a shortage of citizen medical practitioners.

Weludo was selected by the Government of Botswana to undertake her primary medical degree at the University of West Indies, where she obtained a Bachelor in Medicine, Bachelor in Surgery (MBBS). Following her graduation in 2014, Weludo returned to Botswana and worked as a Medical Doctor at Nyangabgwe Referral Hospital. She then joined Boitekanelo Emergency Medical Services as a clinical director and Gaborone Private Hospital Emergency department as a sessional doctor.

She has volunteered her medical expertise at village wellness days, orphanages, and at HIV testing campaigns.

The budget for this course is approximately USD 49 000.

Rotary Club of Gaborone
Contact: Bill McLellan
This email address is being protected from spambots. You need JavaScript enabled to view it.

Please refer to the pages in German language. We want to inform all  German Rotarians about the valuable projects in southern Africa,  even those who do not speak English fluently. 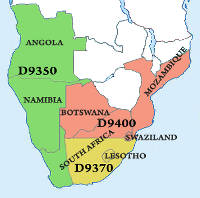